Bradbury Cricket began in a back yard shed in Legana, Tasmania.  Paul and Sally Bradbury had moved from Perth, Western Australia to the area for new opportunities.  After 2 years the founders returned to WA and continued crafting in their back yard shed.  The customer base included some of the most revered cricketers from around the world.  They would visit the Bradbury home, in a suburb on the outskirts of Fremantle, and often be asked to nurse one of the babies while their custom crafted bats were being completed by Sally or Paul. 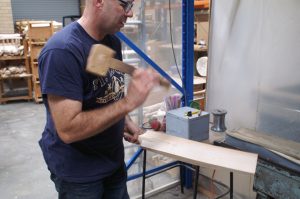 The business depended on making for professional cricketers, and a small supply to cricket retail stores, both local and over east.  The supply to retail was always difficult for many, many reasons.  Often the sale objectives of a store would not meet with the crafting ethos of a master crafter, with sales staff employed to sell for business requirements that not always matched a players needs. Bradbury branched out to the UK and revelled making for the pro’s and a cricketing community that was accustomed to the role of a local batmaker in the cricket fabric.  It was such a relief, returning to the traditions of the craft in making bespoke bats for the end user.  In the UK, retailers encourage bat makers to sell direct as a mark of authenticity, and then sell off the reputation online and in-store. 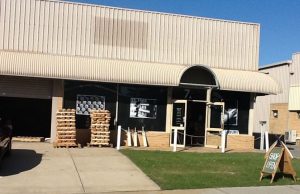 8 years ago, Sally and Paul took a deep breath and opened direct to the cricketing public.  The workshop doors were thrown wide open, whilst signage was non-existent, the pile of willow out the front attracted curious passer-bys. The retailers were quick to drop their support but despite a slow start, it was not long before the players benefitted from the service normally reserved for the pro.

This coming season, Sally and Paul Bradbury are taking the crafting up a notch, and welcome greater involvement from each customer to have more of a choice in how their bat is made. Bradbury Cricket is still run by the founding members, the same hands craft today that were crafting 30 years ago. So when you visit this authentic master bat maker you have an opportunity to be taken on your own journey that creates a different connection with the wonderful game of cricket.

About the author: Sally Bradbury

Sally Bradbury (MD) is one of the Master Bat Makers at Bradbury Cricket with over 25 years experience. She is a former first class cricketer having represented Western Australia and Somerset in the UK.

Lovely story with humble beginnings. Adam and his mates from SPCC will certainly be down to support you and enjoy your quality gear.